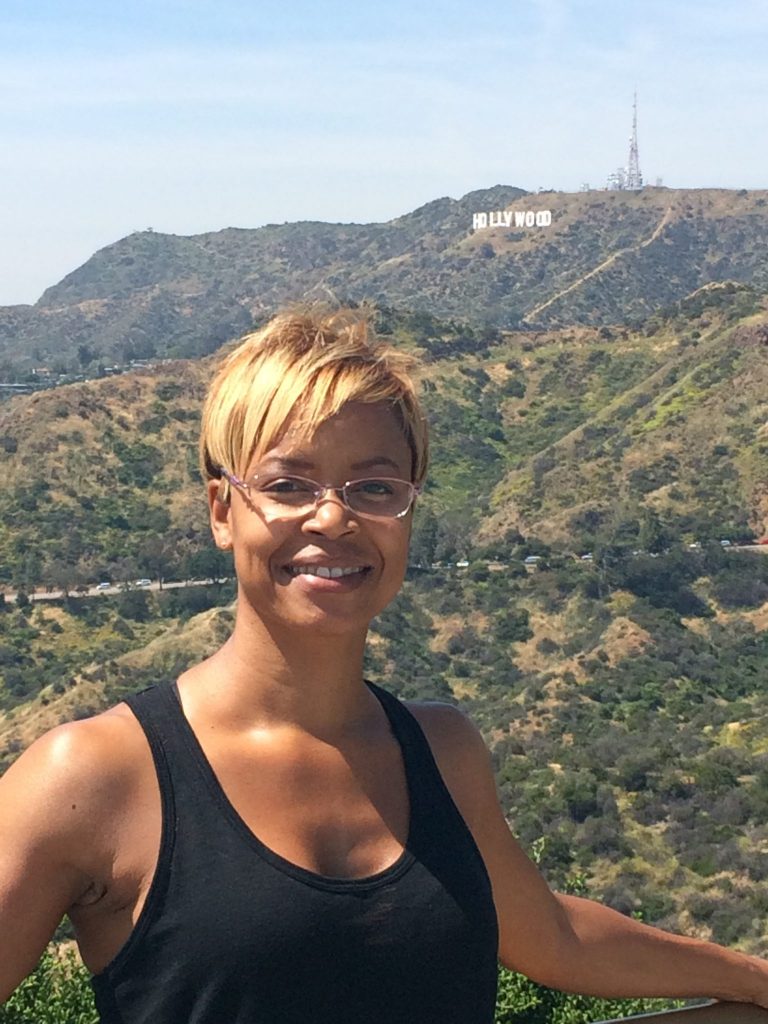 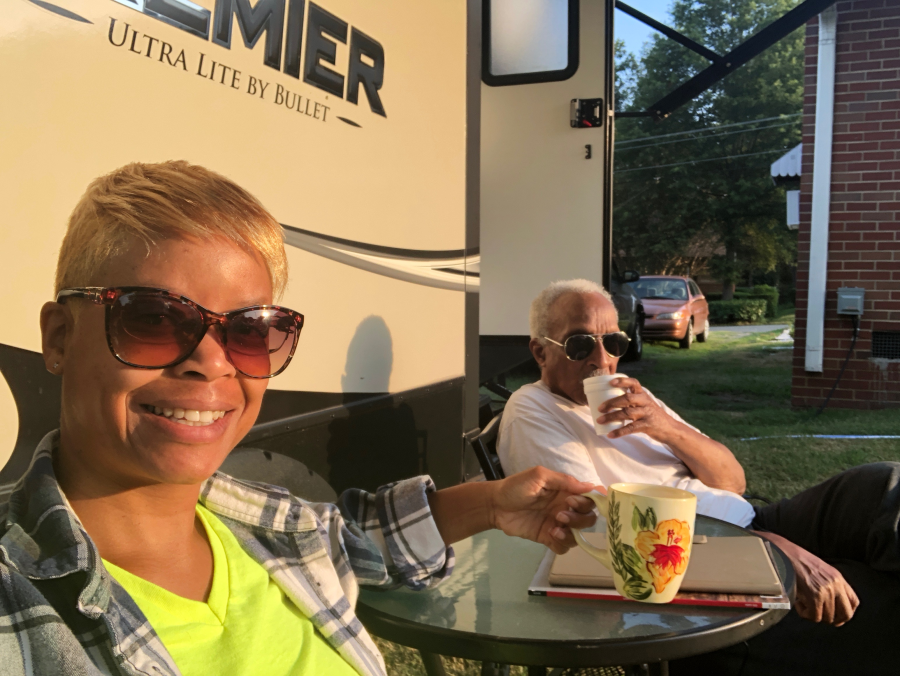 My love of coffee blossomed when I lived in Los Angeles, CA for 12 years, and I frequented this little neighborhood cafe called Kings Road Cafe. I thought that they had the best coffee beans and the strongest cup of coffee in the whole city. I loved how every cup of coffee was made fresh for every customer, called a single origin. Each cup was made from a large espresso-like machine, but instead of getting a small espresso. you got a large cup of coffee.

For a long time, Kings Road's coffee was all I would drink. I was either buying their beans and French pressing my own coffee at home, or stopping by the cafe and grabbing a cup to go. My love of coffee started from my Kings Road experiences. One morning while I was having a cup, I started drawing little caricatures with coffee sayings, but something about that didn't quite resonate with me. I felt that I was onto an interesting idea, but there was a piece of the puzzle missing, until I moved back to North Carolina.

In 2015, I decided to leave LA and move back home to Greensboro, NC to take care of my dad, aka Dougie Fresh and my brother, Joshman. It was time to move back and take care of my responsibilities, the men in my life. I developed a routine of having coffee with my dad every morning. Mornings where the sun began to rise and the birds sang their songs. Coffee brought us together without anything planned or staged. We would often spoke about my late mother sometimes crying, but most times we laughed. It was that father-daughter time that was...PRICELESS! It was my time to learn and appreciate where I had come from and where I was going. I loved listening and learning more about how my dad grew up, and I tirelessly digested his gardening advice, which he learned from his father, who learned from his father. That generational wealth of knowledge was soaked up like a sponge.

That's when it hit me! My LA coffee days had planted the seed, but it wasn't until those special talks with my dad that made me realize how much I, and I think many of us, connect emotionally satisfying moments to coffee. That's when the idea of Better with a Cup of Coffee was born.

You see, coffee brings people together and so does Better with a Cup of Coffee. In every corner of the world we wake up to the smell of it, we take breaks for it, socialize with it, and more. This website is not only for me to share, but for you as well. I want to create a place for the coffee lover who can relate, who wants to share, to inspire, or to be inspired rom experiences made richer by coffee. 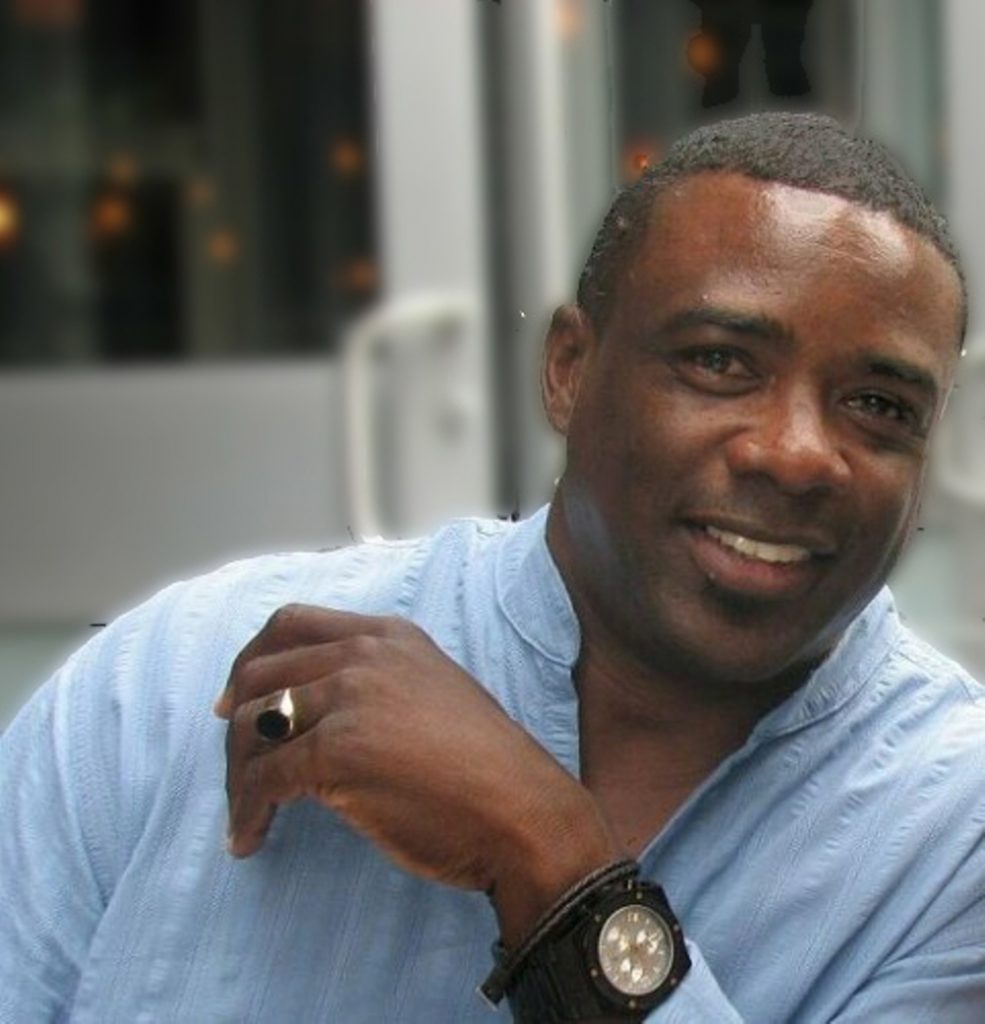 Skill Victor is a Videographer at Peerless Imaging, a video production company that provides video services for the legal community and creates video content for businesses and professionals. With a background in both video and photography Victor pairs his years of experience with a fervent enthusiasm for all things creative. He has also previously held positions in the corporate arena as a project manager, Six Sigma Black Belt and VRM (vendor relationship manager), managing projects involving domestic and international stakeholders.

Travel As an avid traveler Victor has explored destinations not only in the US but in other countries spanning the globe from Canada to India, the Caribbean to Australia.

Passion He has a true love for tennis, golf, cooking and, of course, all things coffee! 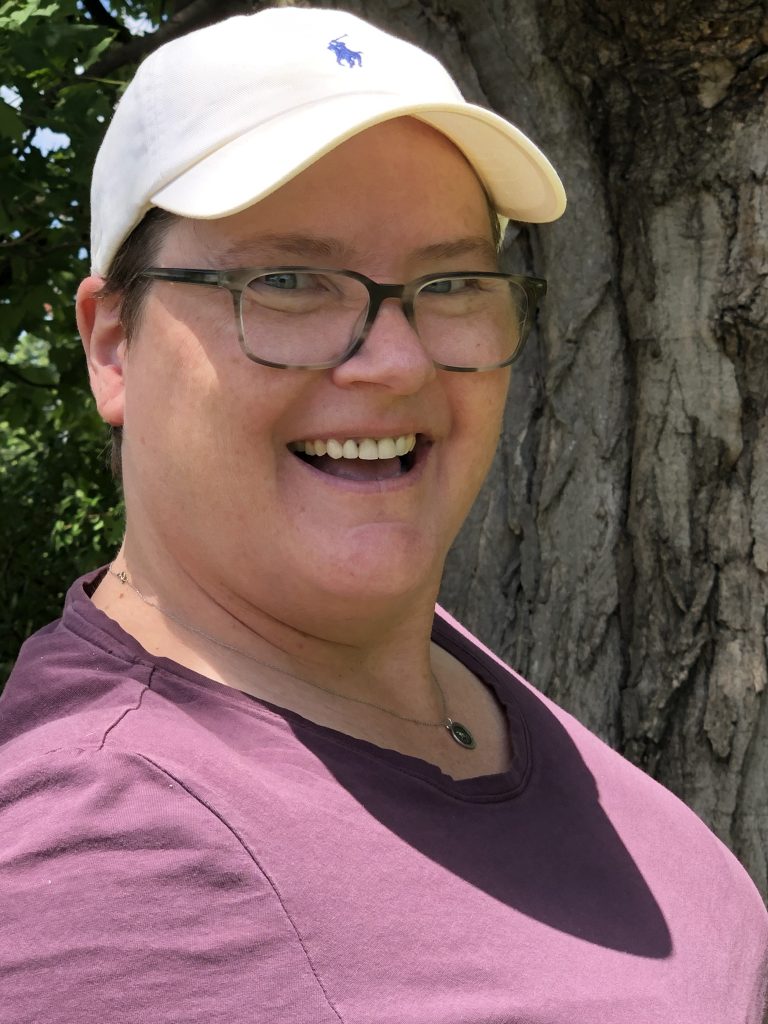 Skill Lisa has spent the last 15 years in the Food and Beverage world enjoying all its delicious aspects. Lisa’s French Culinary skills have been lent anywhere from catering celebrity events to working in A-list hotels to creating must have one of a kind craft cocktails for one of Las Vegas's premier casinos. Lisa is a stand alone when looking for Food and Beverage delights.

Travel She loves to travel and the new adventures it offers from international to domestic. One of Lisa’s favorite travel spots is Little Italy, NY to have a coffee and cannoli. There’s nothing better then starting the day with a classics NY blue coffee cup in your hand.

means there is no "i" in team. It's a lonely road going through life alone, but when you share the bliss and challenges of life with your community of family, friends, and other loved ones, that journey becomes priceless.

is what we have for all of you. Loving, learning, and growing from our differences with an open heart and mind without prejudice, judgement, or hate, inspires us.

helps fuel us to live life to the fullest, to seek as many adventures as we can, and to be the best that we can be in everything that we do.

is a privilege, period.

"To me, the smell of fresh-made coffee is one of the greatest inventions."